As I’ve already explained in audio transcoding basics, transcoding from lossy to lossy is evil and you should feel guilty for doing it. The same applies to re-encoding, i.e. taking an MP3 source and encoding it again, in MP3. Technically this is the same as transcoding, except the source and destination formats happen to be the same.

Well, guess what, most MP3 joiners will do exactly this. Which is really disappointing given that it can be done without any encoding involved. Not only does it result in better quality, but it’s also much faster. So re-encoding makes really no sense.

So the goal is to find a utility which can merge MP3 files without re-encoding. This means the merging would be lossless. This is not to be confused with lossless audio – in our case the audio material is inherently lossy (since MP3 is lossy) and it will remain as such, but the procedure itself won’t result in any quality loss, so you can preserve quality while performing the task. In other words, we’re about to perform a lossless operation on lossy material.

A cuesheet is a simple piece of text file which allows you to still browse through the tracks of a big, merged MP3 file. Thus it allows you to to store an album as a single MP3/FLAC/whatever file (since they belong together) while still being able to switch between tracks conveniently. Nifty, huh?

If you’re trying to find a utility which can merge MP3 files losslessly and generate a cuesheet accordingly, you’ll soon find that your options are quite limited. You’ll probably stumble upon Lossless MP3 Cutter Joiner, which seems to be fine for the task, except it costs 25 bucks. A little bit excessive for doing a binary merge and maintaining some file headers, don’t you think?

So I kept looking till I found MP3 Merger. Unfortunately the download link seems to be dead, but I was able to find a mirror. I uploaded it to my own file repo, just to make sure it won’t go down, too. Here you go: MP3 Merger 0.3.2.1

The app’s really simple. Just fiddle around in options to enable cuesheet generation and then you’re ready to add your tracks. A good example can be Aural Network’s free Vault Archives. Download and extract it, and drop all the files in the MP3 Merger file list. Sooner or later you’ll realize that track lengths are a bit off (about 10 seconds), so if you merge them as they are, the cuesheet will be miscalculated, so cuesheet track boundaries won’t match with the individual tracks. 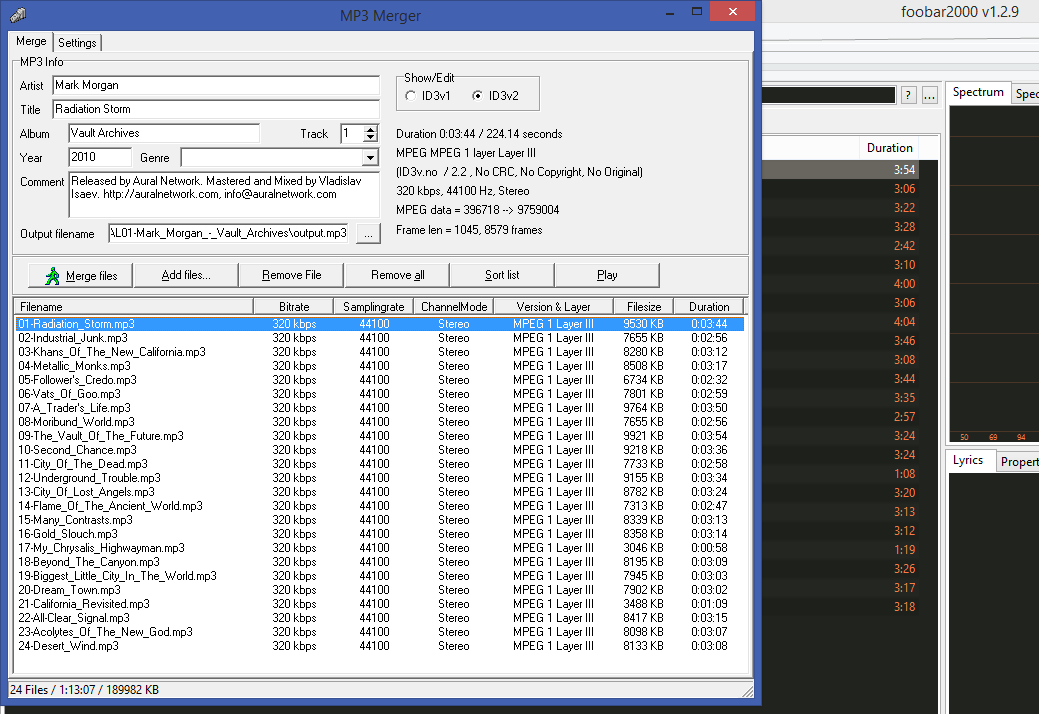 I assume it’s because these (and a lot of other) recent MP3 tracks make extensive use of tags and this old MP3 Merger util can’t handle them too well. Your best bet is to grab Mp3tag and erase all tags from the tracks. Now import the tracks again, and they should be fine in length: 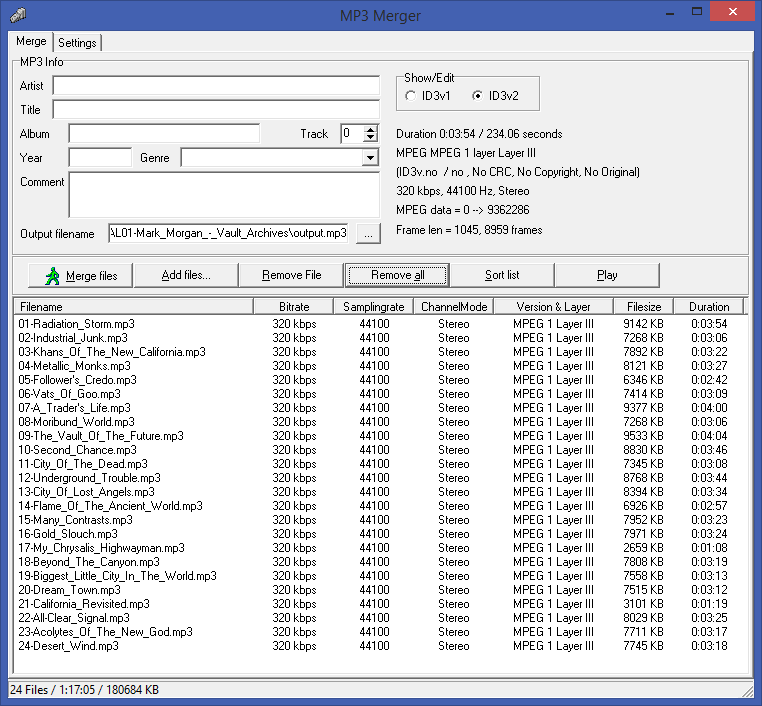 Now you can safely merge them. It will generate the MP3 file and the cuesheet, too. Your merged album’s ready to be enjoyed!