Update: ASRock have released a new, similar motherboard, the J4105B-ITX, based on the Gemini Lake, aka Goldmont Plus platform with the J4105 chip. The most powerful chip, the J5005 has only one mobo so far, the ASRock J5005-ITX, but unfortunately, that has only x1 PCI-E. Too bad, because the incremental upgrades come with pretty substantial performance gains: 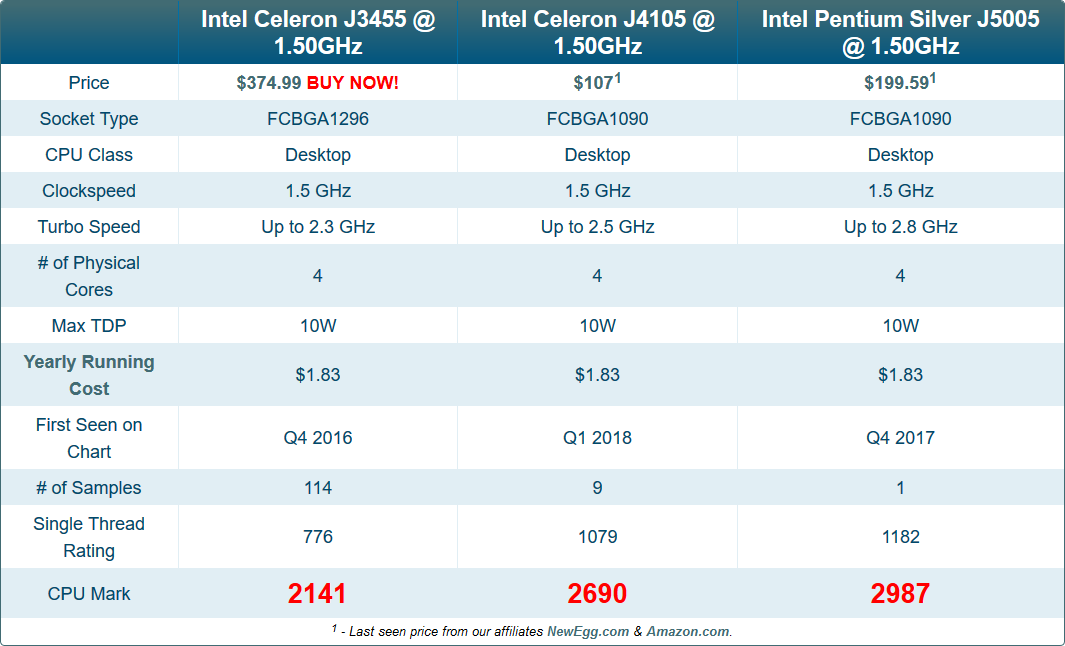 Guys, I’ll be honest with you. Intel HD 2D acceleration is atrocious. Friggin’ god awful. I mean, don’t get me wrong, it’s decent when it works. But Intel manages to break it most of the time. Random GPUs on random Windows versions with random driver versions work. The rest is putred. I purchased the Zotac CI327 recently, and boy does it suck. Even 1080p YouTube playback is a challenge. In any browser. At 30 FPS. On paper, this PoS is supposed to play back even 2160p just fine. Which is 4 times the pixels. It’s unforgivable. Naturally, web browsing sucks just as much. An average website takes 10-20 seconds to load. Assuming you don’t do anything else in the background. Oh. My. God.

Well anyway, after this fiasco, I came to the conclusion that you should avoid Intel HD at all costs. Then comes the problem: mini PC vendors assume that if you want anything other than Intel HD, you’re a gamer, so they throw a GTX 1060 at you. For ridiculous prices, of course. And yes, you guessed it: it won’t be fanless either. Why would it be.

So then came the 2nd conclusion: if you want something done right, you gotta do it yourself. After hours and hours of “research”, I compiled a build that seemed viable. And yesterday I received all the items I needed, too. Since then, I assembled the whole thing, installed Windows, watched an HD movie, surfed a little, installed a bunch of crap, and I’m very happy to report: it kicks ass! Let’s take a look at this little beast: 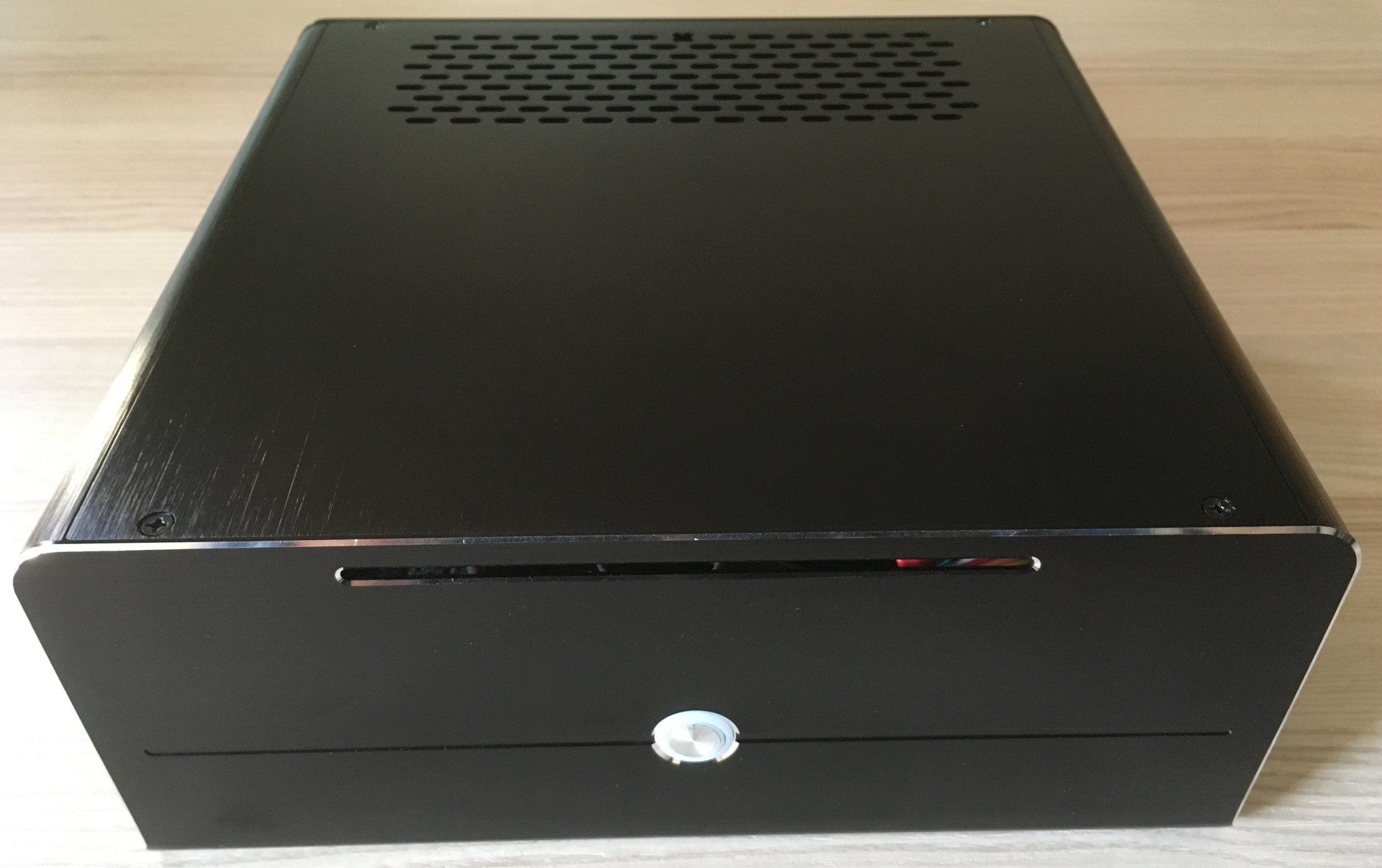 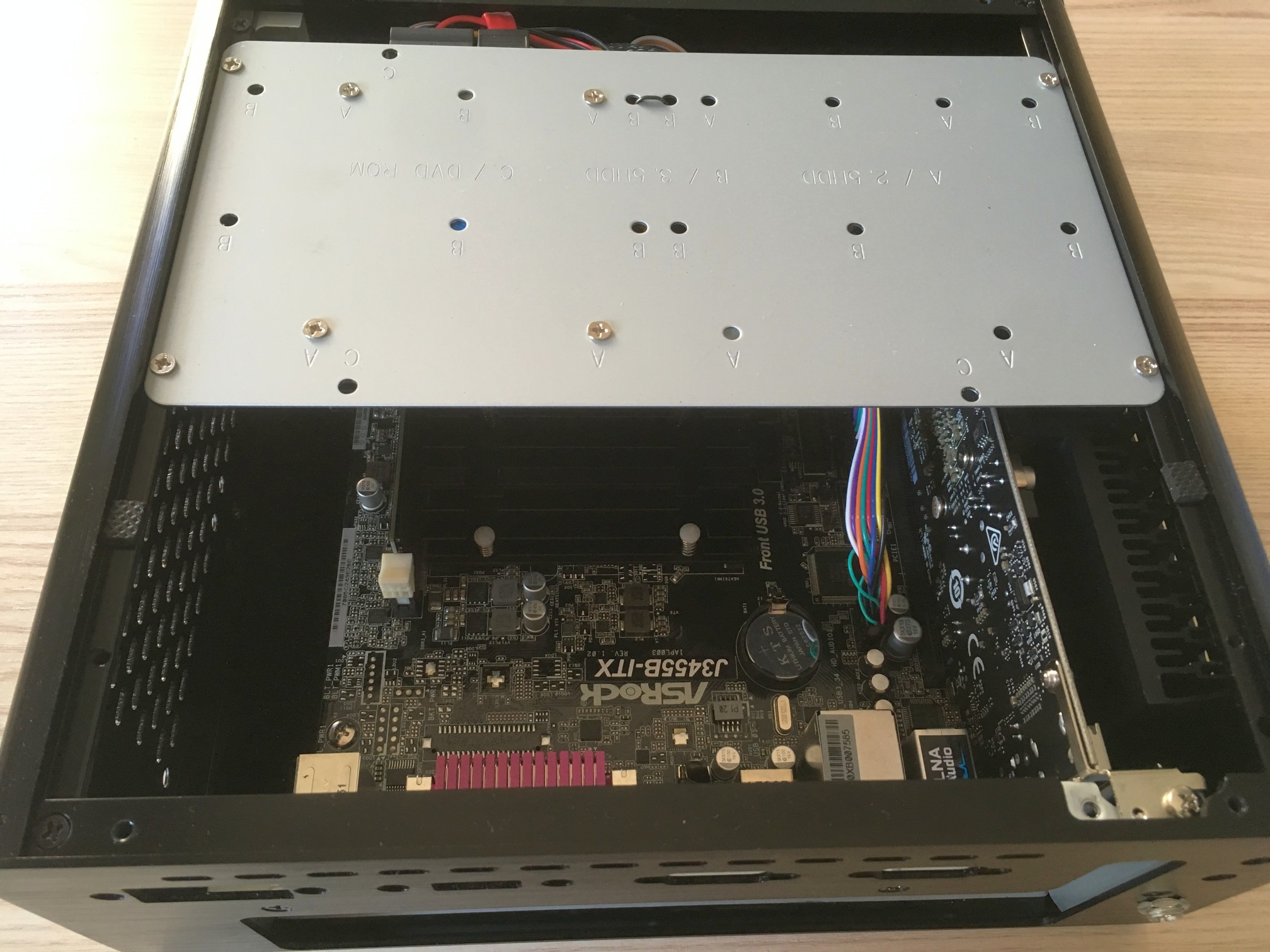 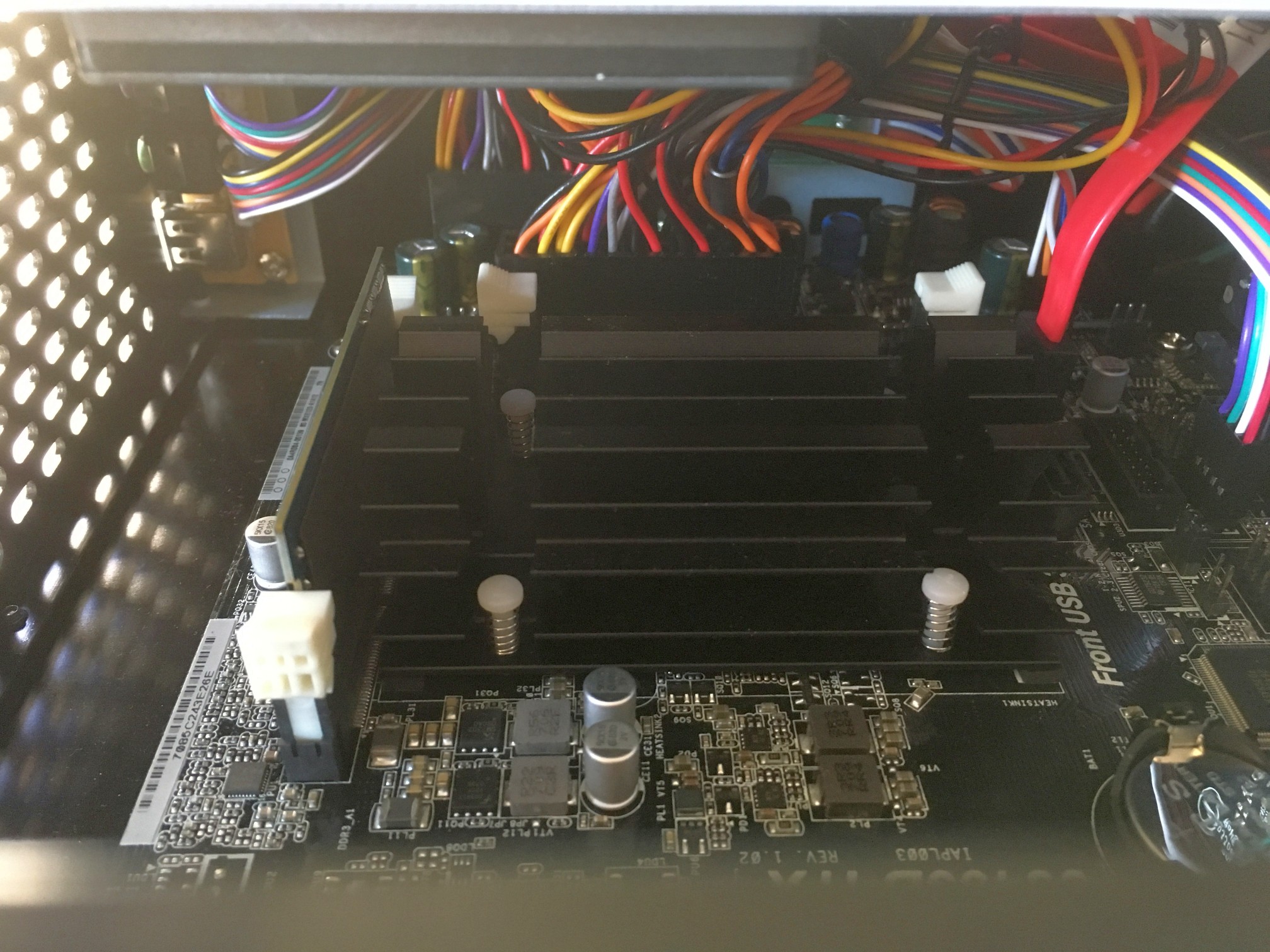 Check out the specs:

That’s well under $400, which is way below the pre-built alternatives (spoiler alert: most of them are above one grand).

Now you may be wondering, where’s the rest? Well, the CPU is integrated on board. It doesn’t even need a separate PSU, it comes with the case – heck, I estimate total power drain to be under 50W under load.

If I really need to complain about something, I’d say it’s a pity there’s no integrated WiFi+BT chip on this mobo. Other than that, I’m really satisfied with it, it really is surprisingly good to me. Let me know if you think there’s any improvement that could be made to this build, I’d be more than happy to hear about it!