Update: this also works on Windows 8.1. 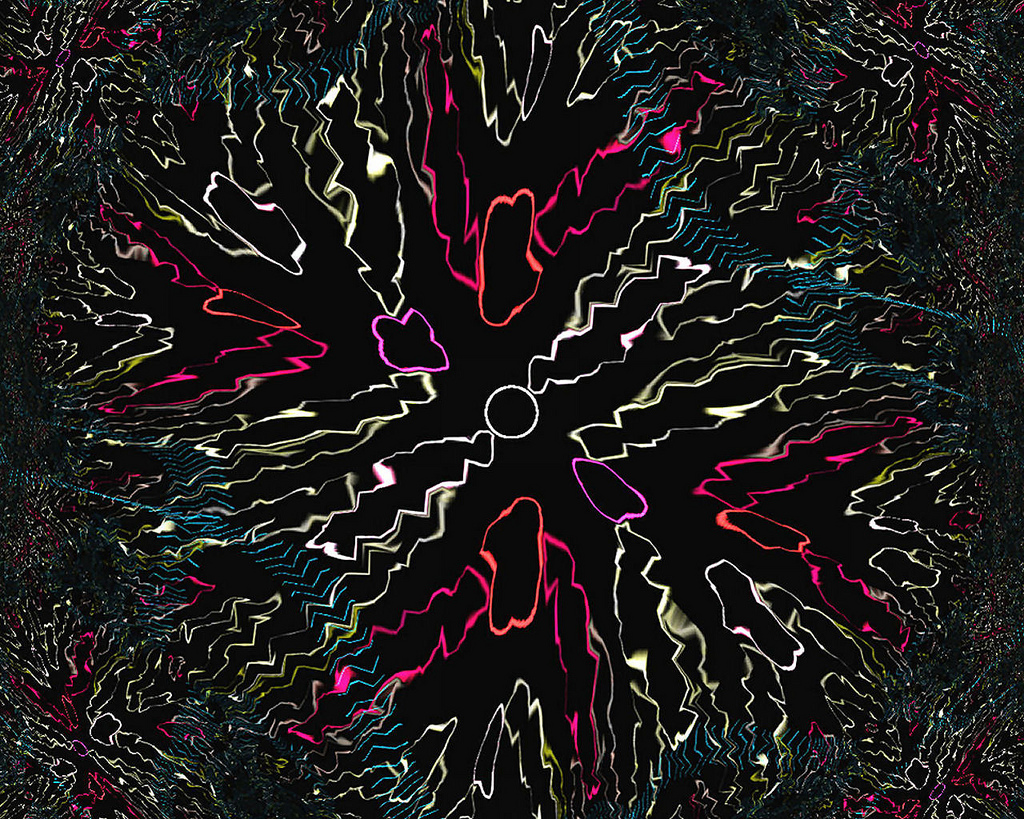 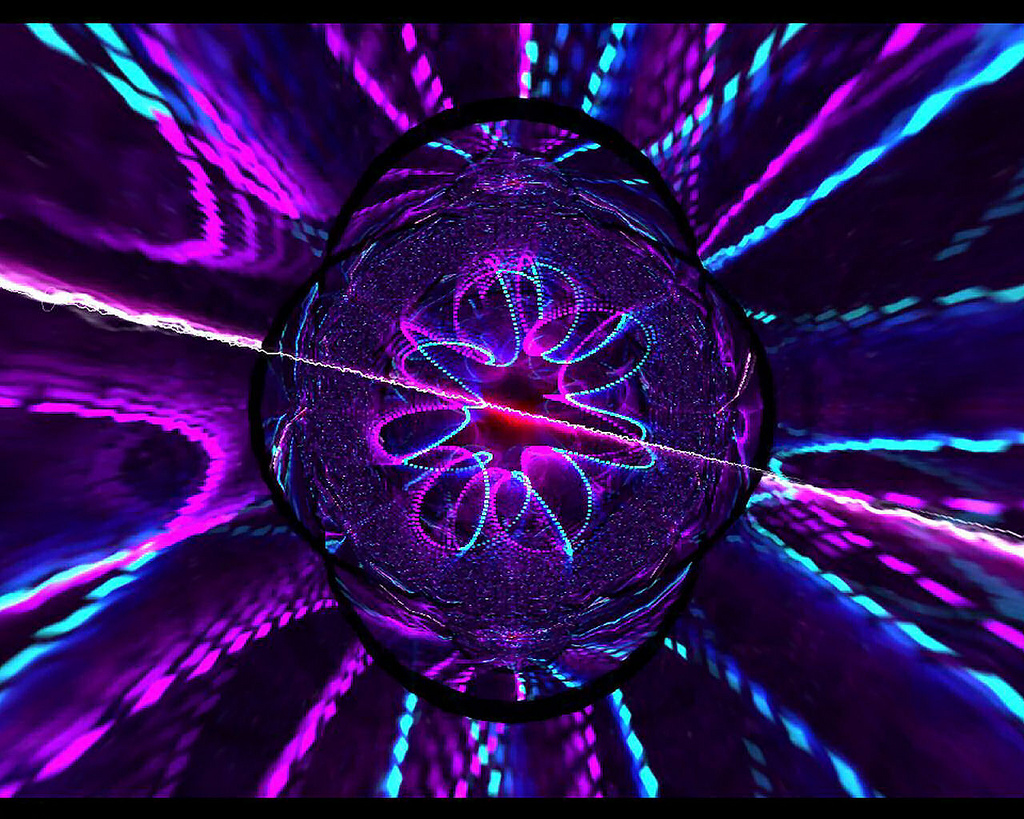 Fortunately there’s a foobar2000 plugin which acts as a wrapper for Winamp visualization plugins. That is, you use a plugin (foo_vis_shpeck) to load another plugin (MilkDrop). This quide is using files found at Hydrogenaudio.

Download these and install foobar2000 and DirectX. Here’s how it possibly looks after installation. 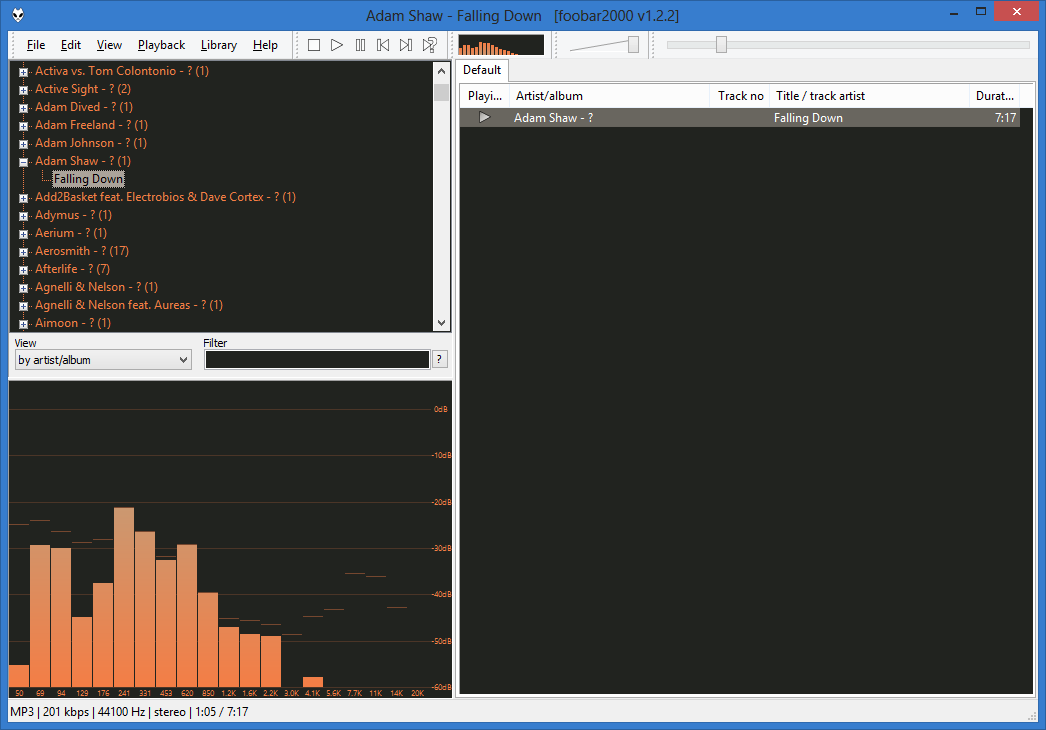 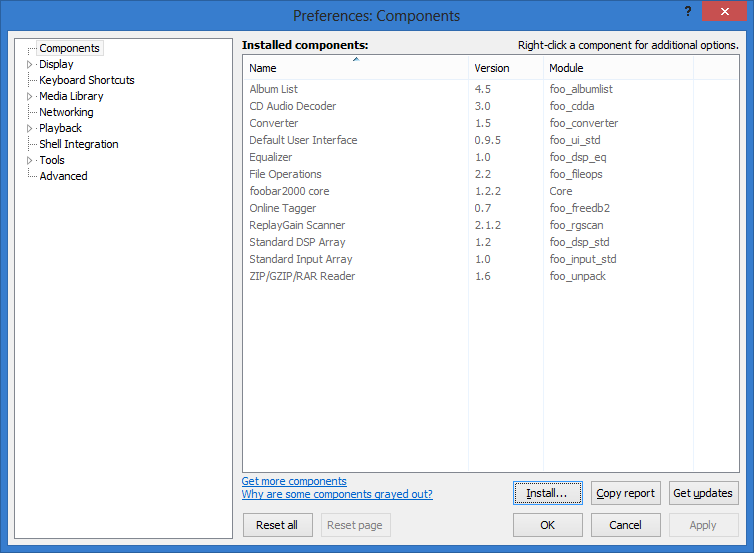 This is the default list of components. Now you gotta install foo_vis_shpeck which you downloaded previously. Press the Install… button. 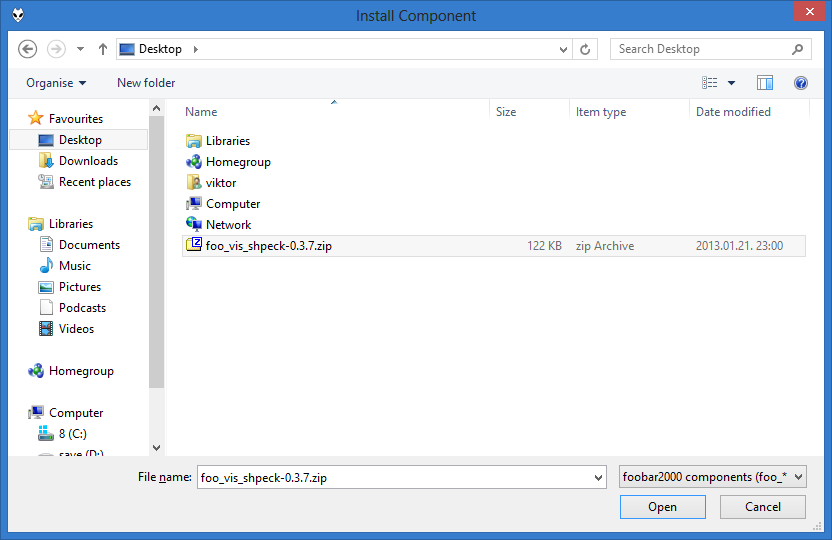 Navigate to the downloaded file and press Open. 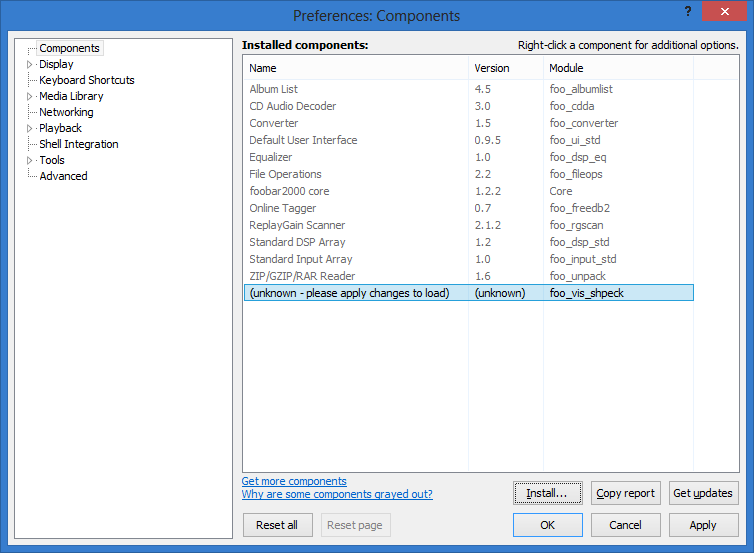 As you can see, foobar2000 won’t recognize it right away, so press Apply.

Now foobar2000’s still whining, so let it restart itself. After ther restart you’ll finally see Shpeck on the list. 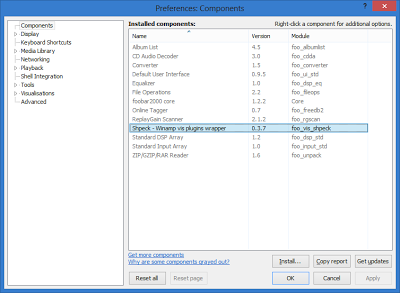 Additionally, you’ll have a new entry under Visualisations. 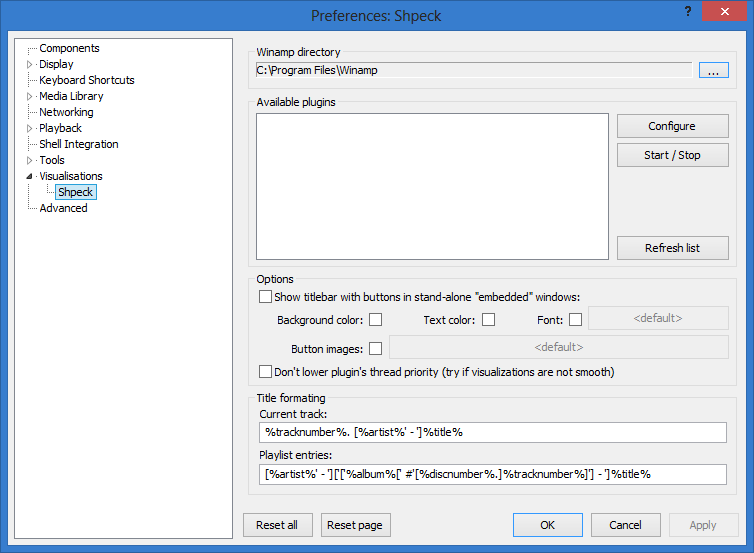 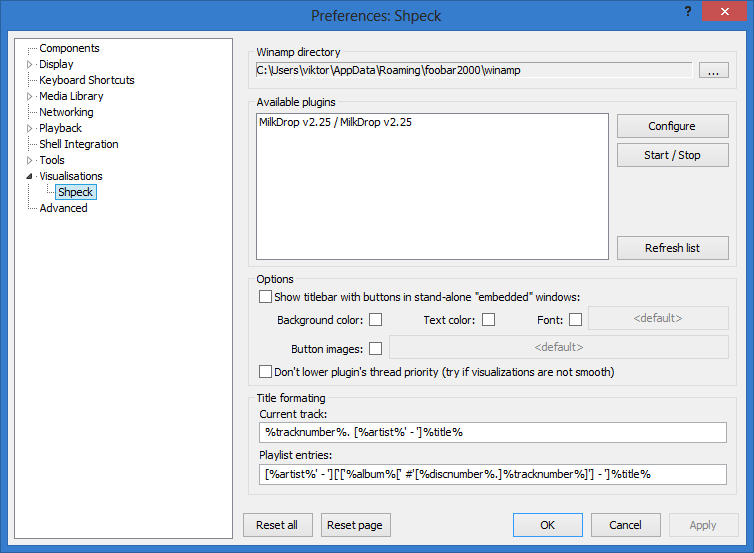 Now MilkDrop becomes visible. You might as well press Start / Stop to see if it works. Under Windows 8 I had the following 3 errors popping up: 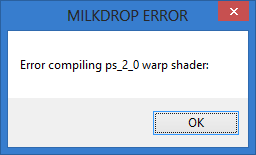 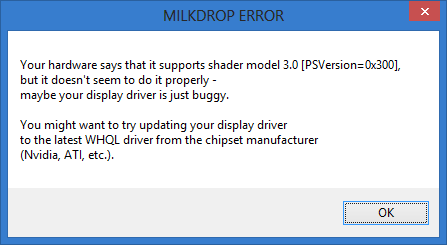 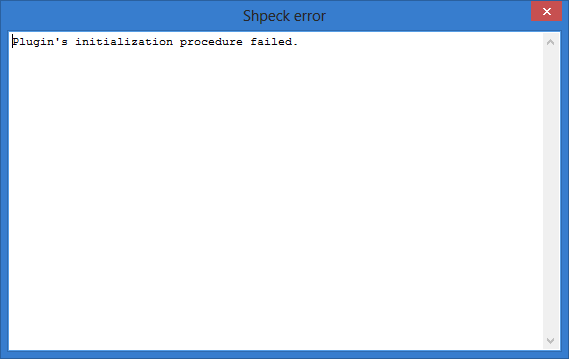 This means that my current Windows 8 Catalyst driver is failshit. So instead of Start / Stop, press Configure, go to MORE SETTINGS and set Pixel Shader to Disabled, even though it tells you not to touch it. 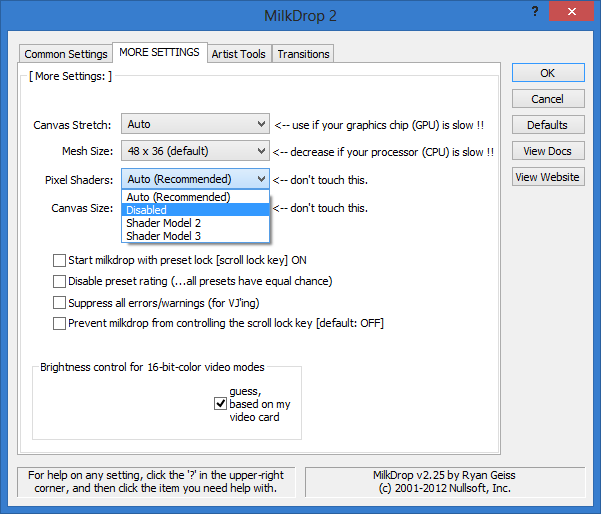 Press OK, and voilà, it will work.

Now it’s cool and all, but it’d be better if the visualization appeared inside foobar2000 instead of a separate window. Let’s fix it. Go to View / Layout / Enable layout editing mode. 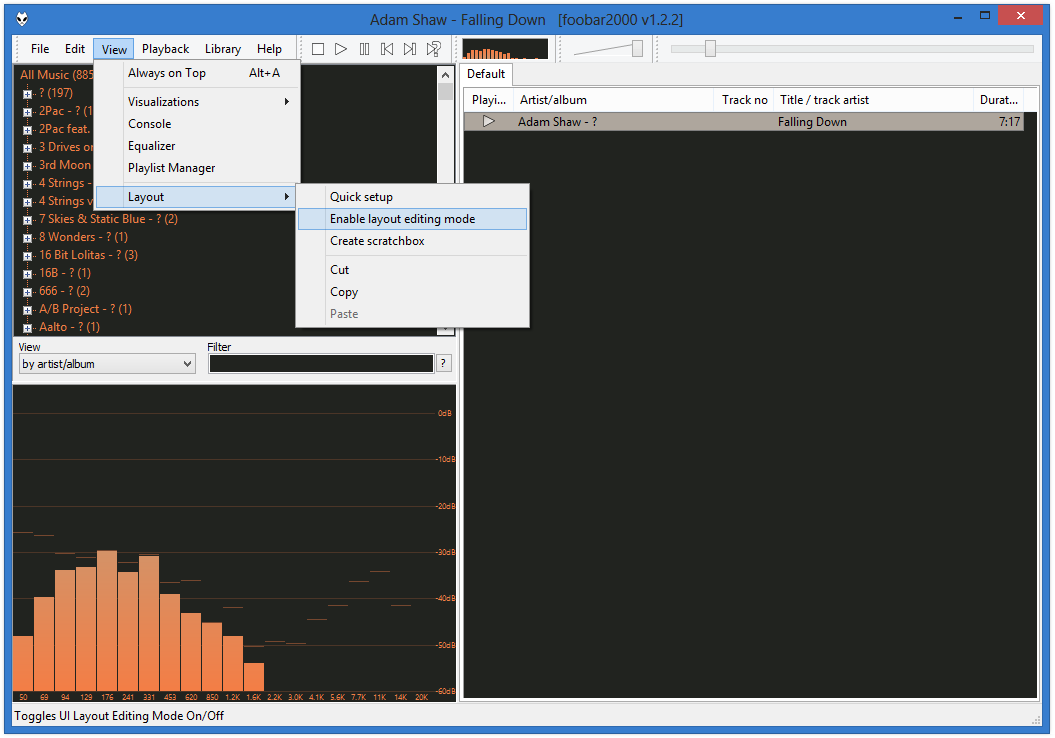 Right click on the element you want to replace, then press Replace UI Element… 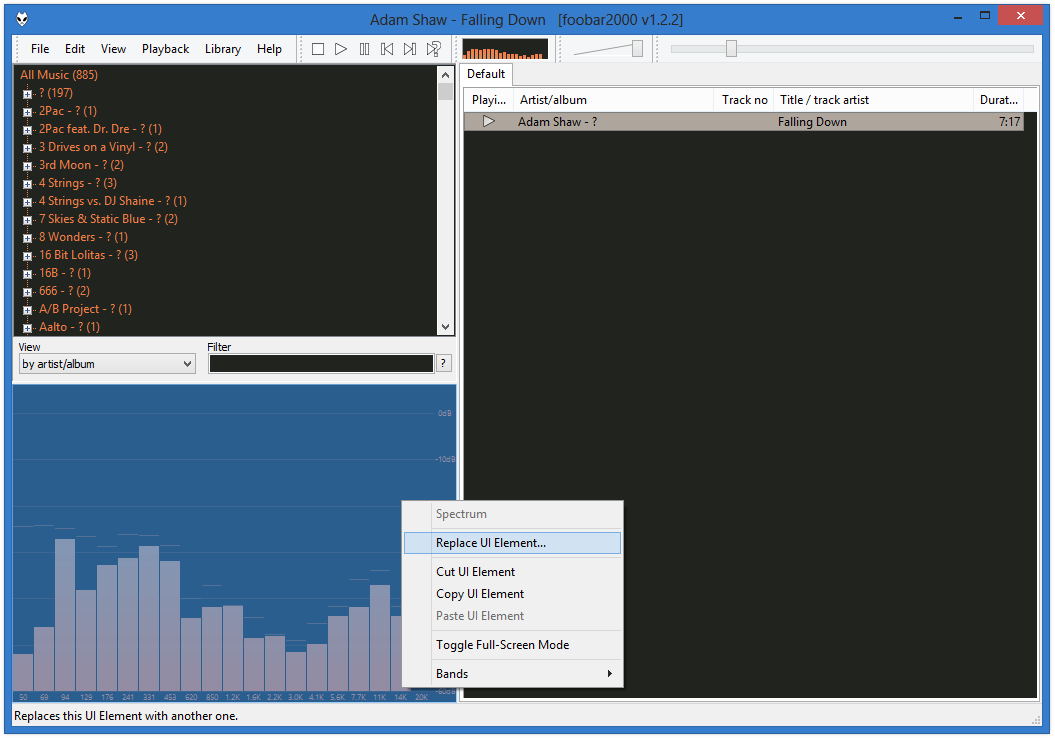 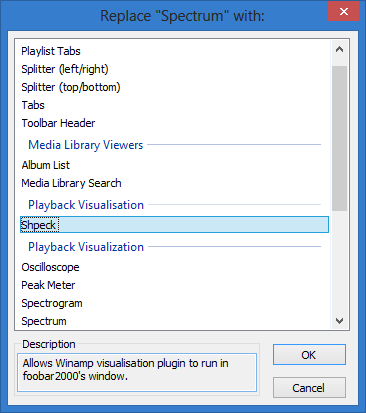 Now you’ll have a wonderful black Shpeck pane. That’s because you still have to tweak it a little bit. Disable layout editing mode the same way you enabled it previously, then right click on the little arrow on the top right of the Shpeck pane. Then select MilkDrop to be autostarted. 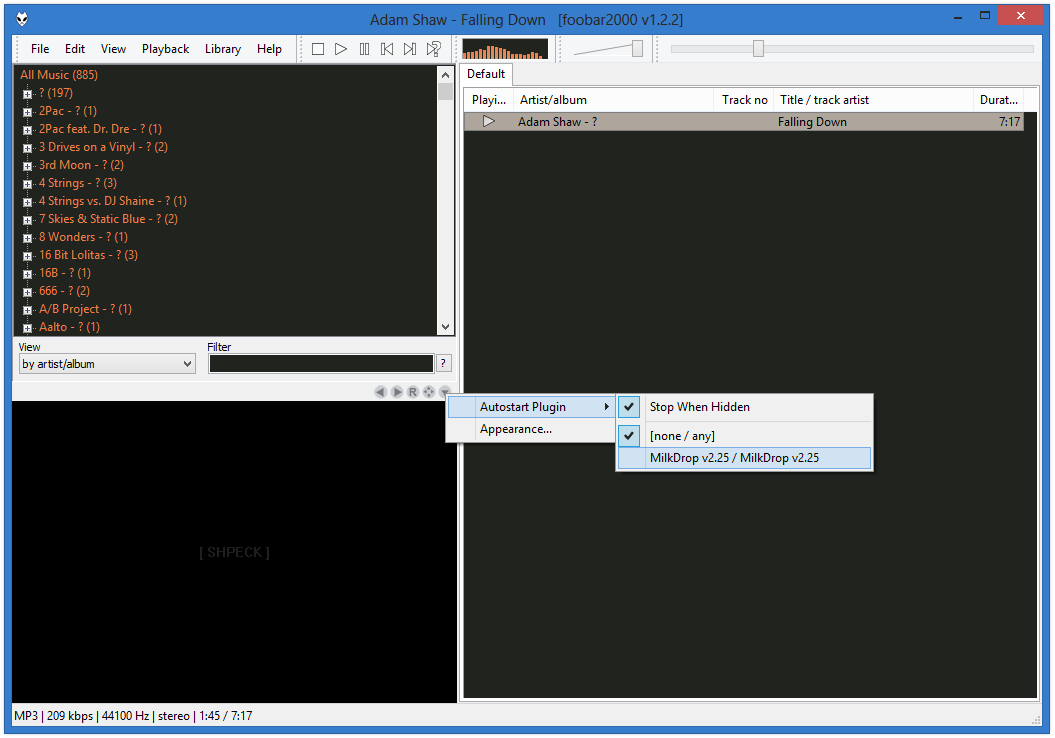 That’s more like it. Now you have MilkDrop automatically started with foobar2000. Enjoy! 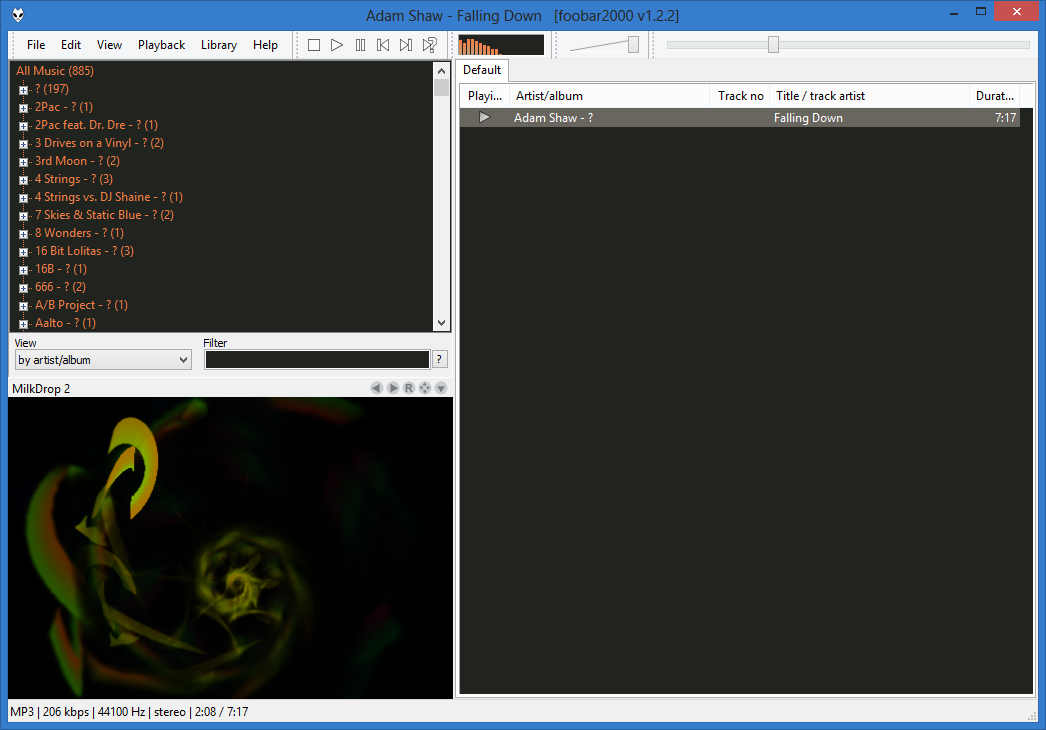