After part 1 and part 2 of this series, it’s time to wrap things up – at least for now. Let’s see some SSD benchmarks!

The ATTO setup remains the same.

This time it’s rather obvious that neither tiering nor dedicated journals make sense – all disks are SSDs so you can’t speed them up with the same thing. This makes testing slightly easier since there are fewer combinations – thank god. As for the VD parameters, Storage Spaces always allocated 1GB of WBC and column sizes went like this:

Now let’s get to the numbers. 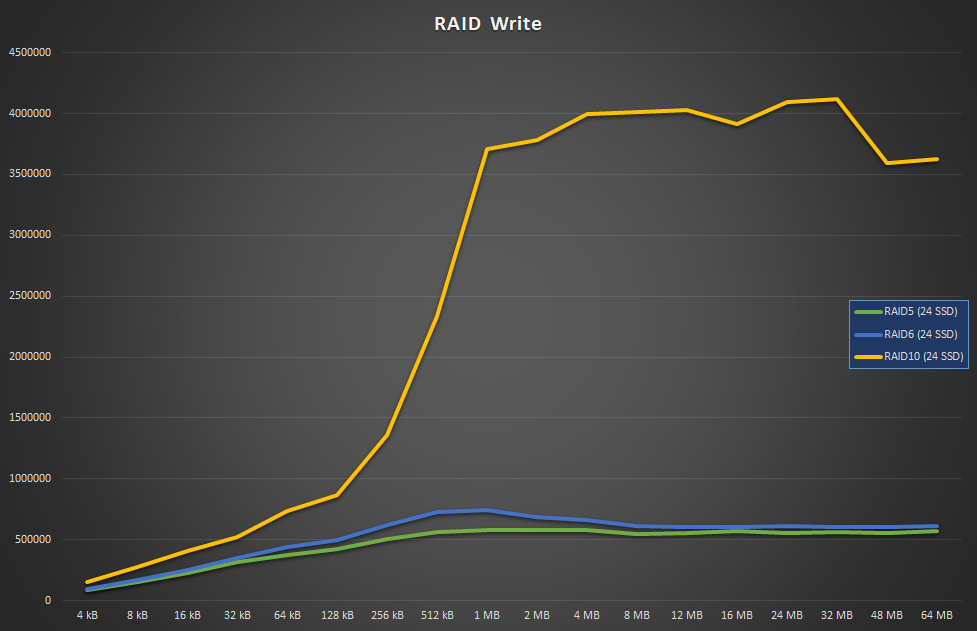 Not many suprises here, RAID10 blows away the parity variants. Interestingly enough, RAID6 performed slightly better than RAID5. It’s probably due to the much higher column size. 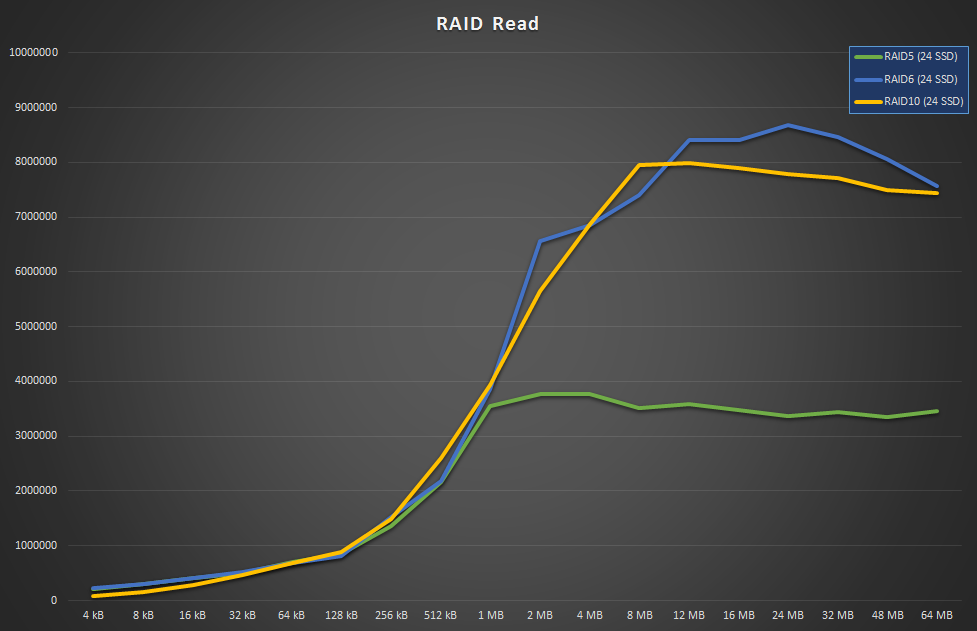 This time RAID5 didn’t blow, but suck very hard, really. I have no good explanation for this. You may think it was just a temporary slowdown, but actually I ran all tests thrice. Would column size have this much of an impact on performance? Maybe.

Just for curiosity’s sake and to put things into perspective, let’s also compare these numbers to the best picks of the 12 HDD environment. 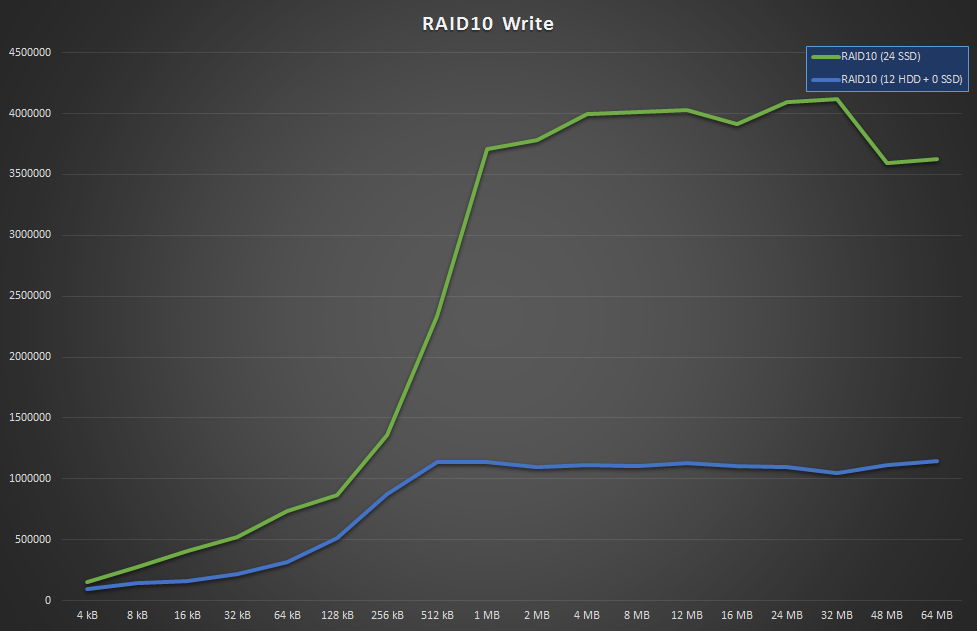 Yup, that’s 4GB/s, folks. If you have dire need for write speed, a RAID10 SSD array is your best bet. 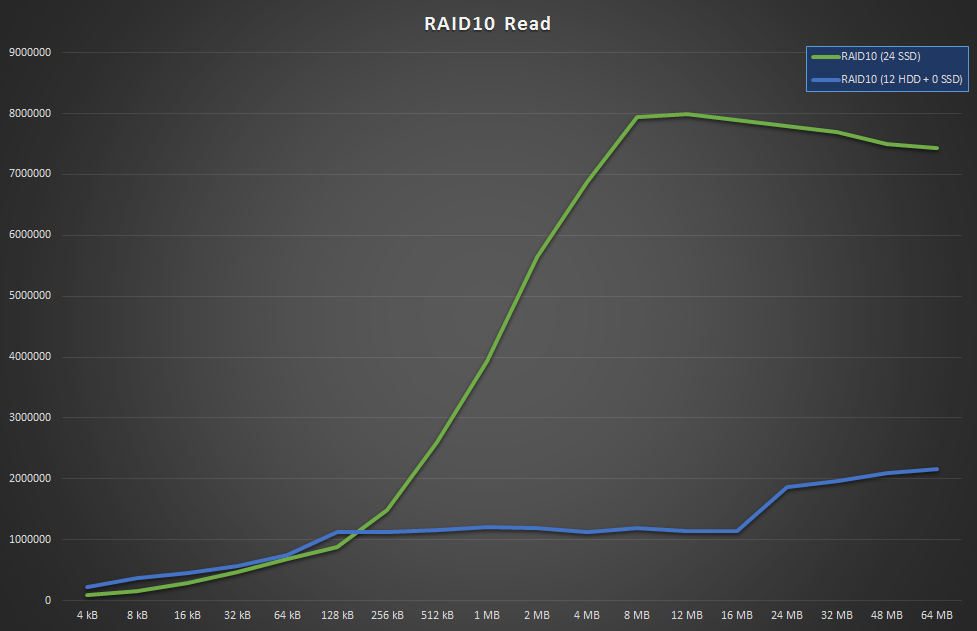 Read speeds are just as astronomical, although RAID6 can also provide you similar speeds with way better capacities. 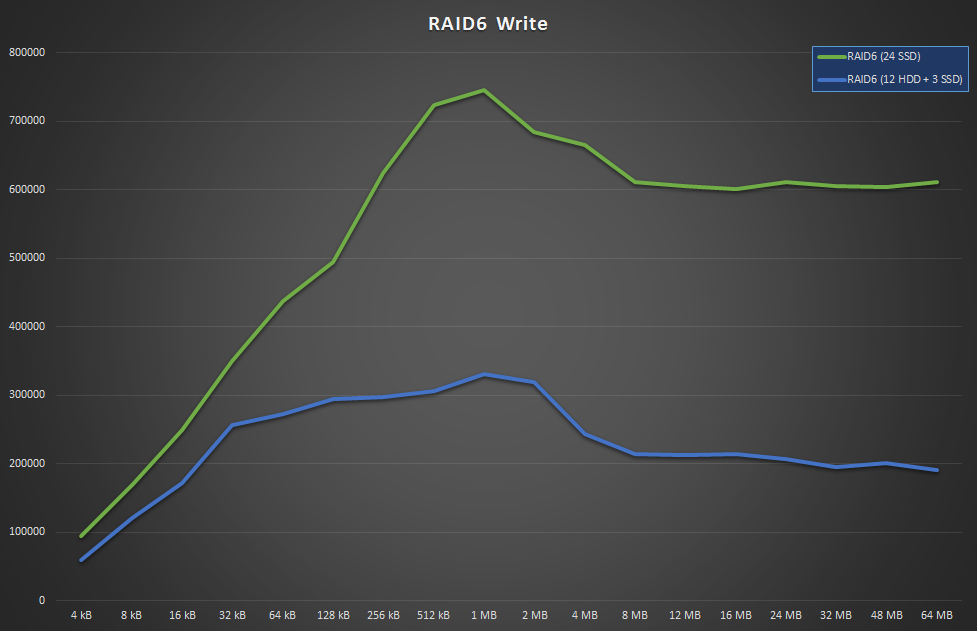 Here things start to slow down. 700MB/s for 24 SSDs? A single SSD can almost provide that via SATA/AHCI, let alone M.2/NVMe. At least speeds are tripled, but at the same time capacity is 8 times smaller compared to the HDD array. All that while the total prices of the 8TB HDD and 1TB SSD arrays are almost the same. 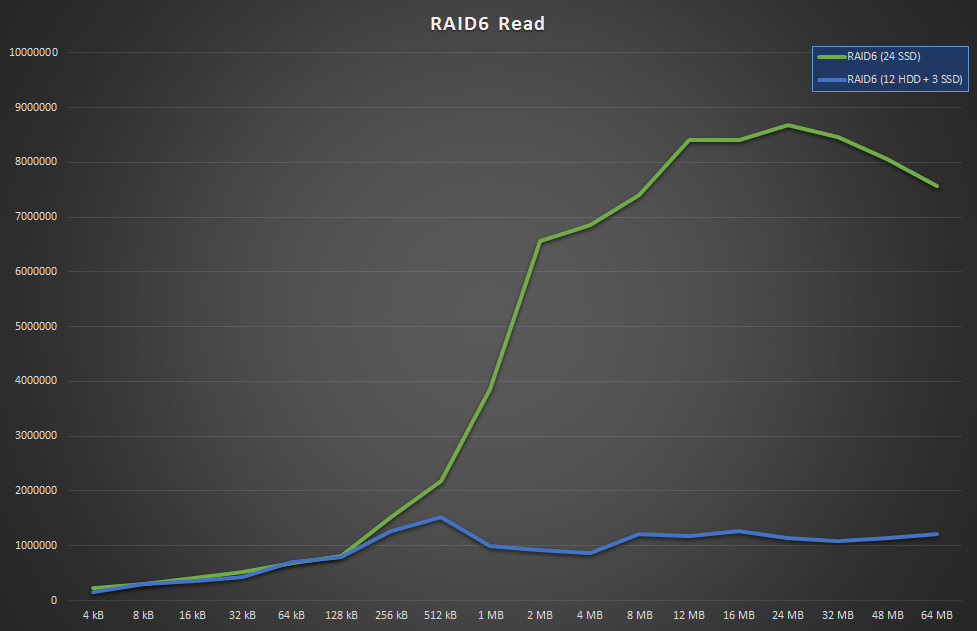 Yet, if you’re totally read-intensive, a RAID6 SSD array may be a decent compromise. Divide capacity by 8, multiply speed by 8, not too shabby, right? 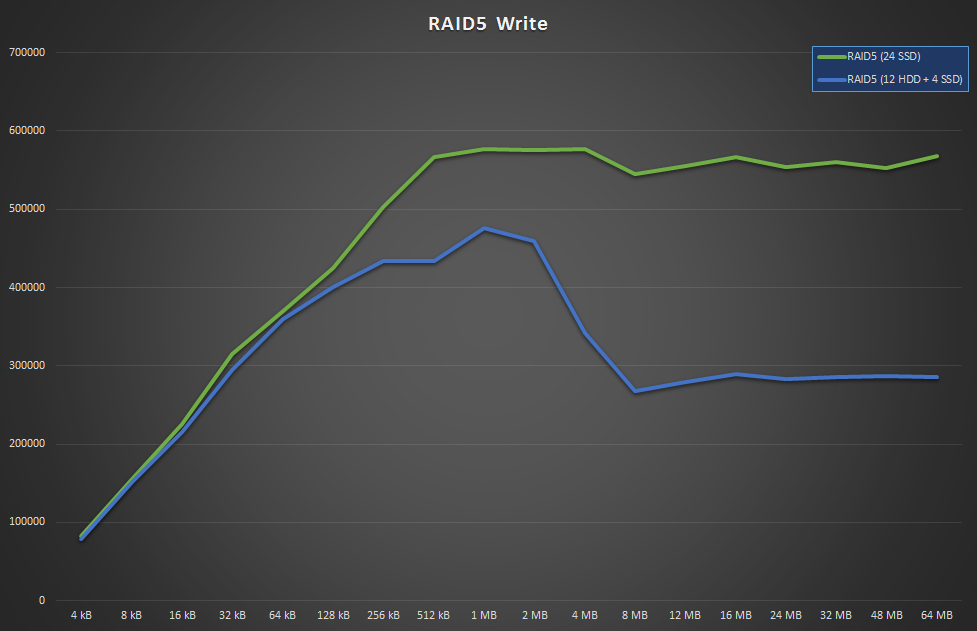 RAID5, on the other hand, makes next to no sense. A 2-fold write speed increase for 8th of the capacity. 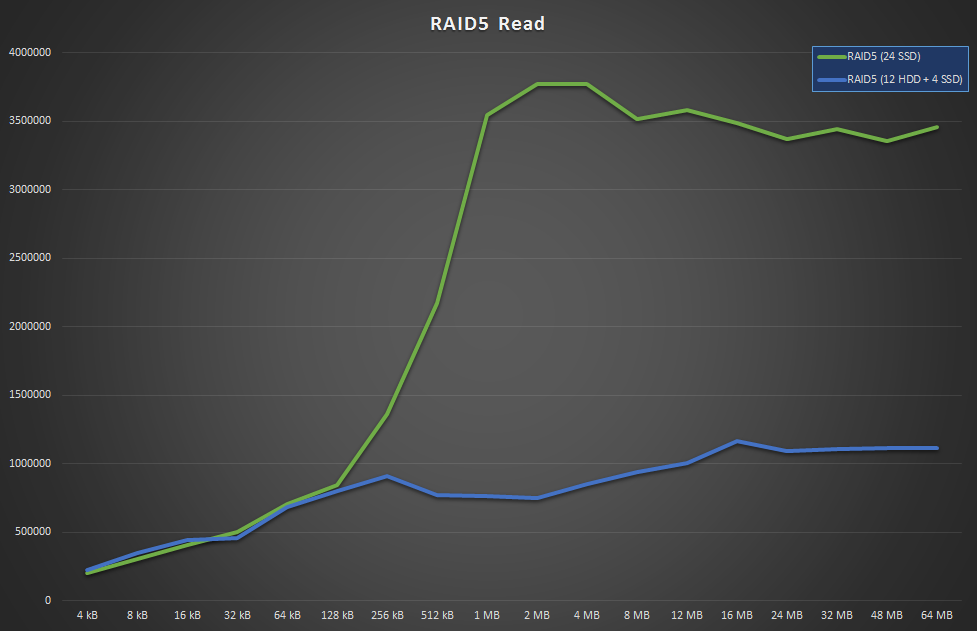 Alright guys, that’s pretty much there’s to it for now, this concludes my testing of Storage Spaces in Windows Server 2012 R2. I hope it’ll provide some insight for you. Let me know if you have any questions, take care!