Note: make sure to read part 2 for newer products.

The setup is nothing extraordinary: Mac, iPhone, Watch, and probably also AirPods pretty soon, and I’ve totally had enough with all the different chargers and cables and adapters sitting around my bed. I want to get rid of this mess, once and for all. 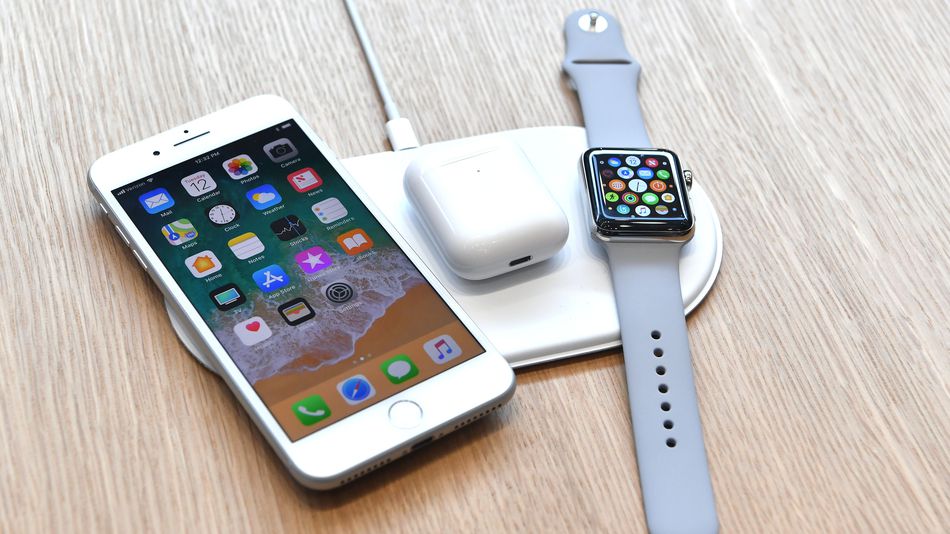 And thus I have 3, seemingly very simple and obvious requirements for my future wireless charging station:

Unlike Qualcomm QuickCharge, USB Power Delivery is an open, royalty-free standard, used on all Macs and iPhones. Google has also been promoting it, and recently they even made it mandatory for future Android phones. It’s also in Google Pixelbooks and more and more Windows laptops and monitors are popping up with it, too. As USB-PD power supplies are poised to become ubiqituous, it’s a no-brainer to use it for your charging station as well. No more custom chargers! For customers, it’s a net win: you’re no longer forced to buy the manufacturer’s own chargers for ridiculous surcharges, you can use any charger on the market, given they meet the specifications of the standard (read: no $5 crap with zero QA from Aliexpress).

Technical Mumbo Jumbo: USB Power Delivery is a protocol used during charging. Qualcomm QuickCharge is another protocol. On the other hand, USB-C and Lightning are physical connectors. Most of the time, USB-PD is combined with USB-C, but you can have any combination of these. For example, a Google Pixel uses the USB-C connector with the USB-PD protocol, the Xiaomi Mi 8 Pro uses USB-C with Qualcomm QuickCharge, the iPhone has a Lightning connector and USB-PD, and theoretically, there could be a phone with Lightning + QuickCharge too, it’s just that Apple owns Lightning and they’ll most likely never release an iPhone with QuickCharge, as they’d have to pay royalties to Qualcomm.

The point is, if your devices speak the same protocol but have different connectors, all you need is a cheap passive adapter, but if the protocols differs, you need a much more expensive active device to translate between the two. An example for the former is an HDMI-DVI adapter, which costs like $5, while an HDMI-DisplayPort adapter involving protocol conversion via some sort of chip is more like $20-30.

By the way, shame on Apple for using USB-PD via the Lightning connector on the iPhones, iPads and AirPods. You use USB-C for Macs (and have been since 2016) and now even for the Apple Watch charger, why on Earth can’t you use the same connector on the rest of your product line, really? It’s been FOUR generations of Lightning iPhones since the 2016 USB-C Mac, and we STILL have to buy adapters just so we can charge our phones from our laptops. It just blows my mind.

Yup, another Apple mess up. You have Qi Wireless Charging, and then you have Apple Watch MFi charging (or something). You can’t just place your Watch on any wireless charger, you need one that was specifically made compatible with the Watch. To me, this kind of artificial incompatibility makes no sense whatsoever, but that’s how it stands as of today.

Now that we have our requirements lined out, here’s what we’re offered with, as of now:

You guessed it: there’s not a single product on the market that checks all the boxes. At this point it’s really hard to come up with arguments against just sticking with cables. All these products come with glaring shortcomings, and I haven’t even mentioned how expensive they are. Maybe, eventually, we’ll get there, but as of now, there’s not one product I could wholeheartedly recommend.

Do you guys know of any other charger that I missed? Please let me know in the comments below!