The Strava founders just posted a letter to the community about their financial situation. Since Strava’s been my primary tracking app/site for a while now, I defnitely want to support them. I really do. But as a customer, you always vote with your wallet. And I’m yet to be converted into a paying customer. Here come the reasons why.

I’m really having a hard time understanding why, but you can not record weight training in the Strava app. And you could say, just use a stopwatch. Right. I could also use an Excel sheet to track all my stuff. But then again, why do I need Strava? Let alone pay $60 a year for it? Not to mention you lose your heart rate data without the app. It’s such a no brainer. You can cast your vote in this thread.

There’s this lovely feature called GPX to Route, which is awesome, except for the fact that it doesn’t work.

This has been reported 4 years ago, but the thread has been locked with a promise that they’ll sort it out soon(tm). Well guess what, it’s still broken. It’s about time you actually fix it.

As an added bonus, you might as well allow us to open the downloaded GPX files in the mobile Strava app, too, which then could do this web-based GPX to Route conversion in the background.

There’s this nifty toggle called “Multi-sport” in the Training Log. It means it’ll show you both runs and rides. That’s it. Nevermind the fact that Strava supports 33(!) activities right now. Those other sports don’t count. Go run or go home. Or something. I just don’t get it. The relevant support request is 5 years old by the way.

Another great stuff from Strava is the Route Builder. But you guessed it: it only supports runs and rides. How hard could it be to allow tagging the route as a hike? I literally never plan my running routes. If anything, it’s hiking where the route is particularly important. Well, to each their own I guess, but it’d be such an important and welcome addition.

I dare to say, this is a feature (probably the only feature) where Endomondo actually outshines the competition. I mean, yeah, the website is fugly, BUT at least the graphs are there. 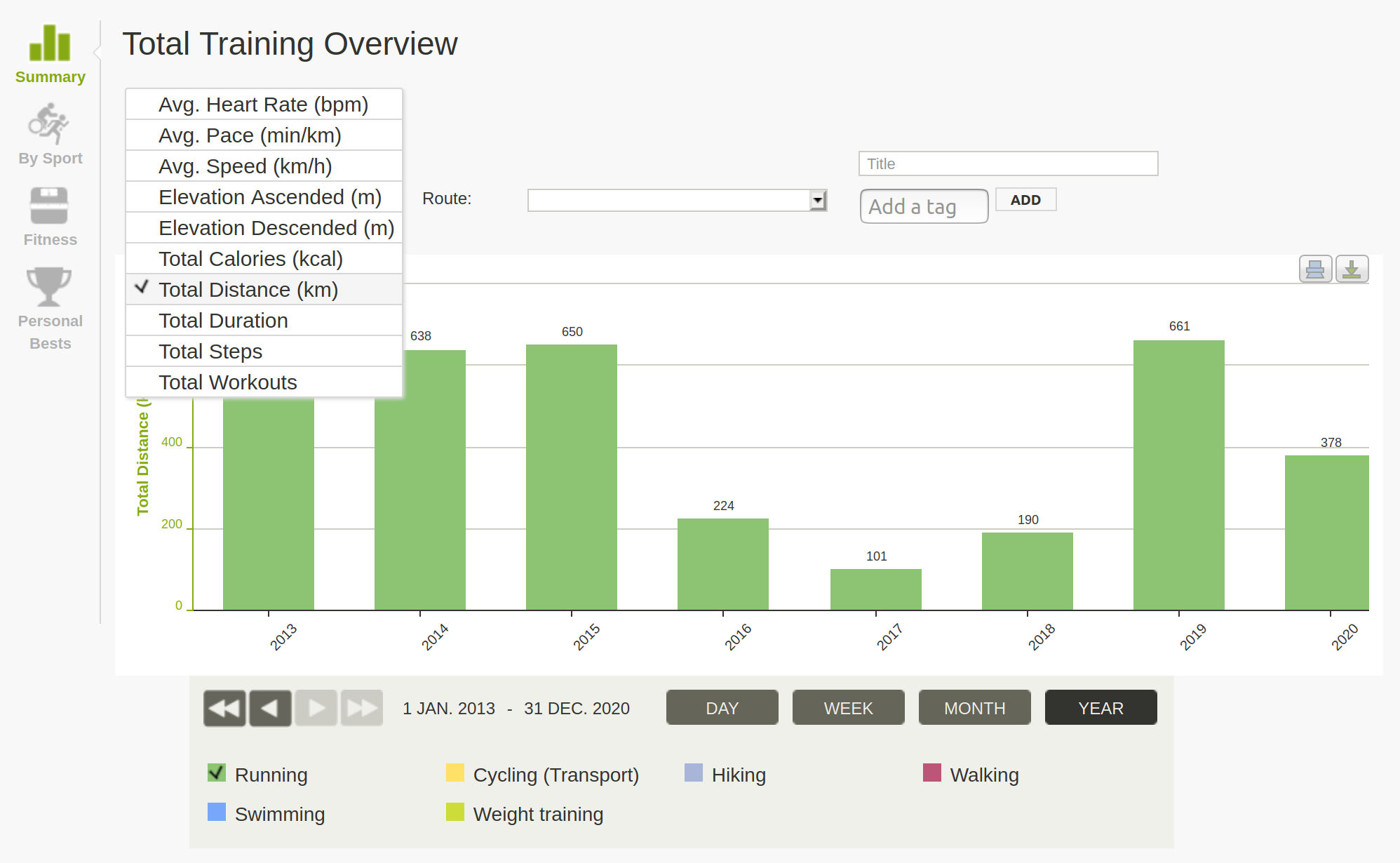 Can you see how fine-grained it is? I mean, how hard could it be to draw a graph? I can do it in Excel ’95. So before you want to sell me “Fitness & Freshness” or “Power Curve” or any other semi-interesting fanciness for $60 a year, you might as well cover the basics first, like length, duration, average pace and the likes. It’s another example of Strava overengineering something so simple.

In the meanwhile, you may give StatsHunters a try, it’s decent, and more importantly, free.

That’s about it, Strava. Five issues. If I can scratch at least 3 off that list, I’ll be their happy customer.

What issues grind your gears the most? Let me know in the comment section below!